“We are weirdoes,” says Robin Katz of the extremes of the British character.

“Take Gilbert & George, they are aware of the comic impact of roles that they play but they are deadly serious at the same time. They are bloody funny. Britishness is the balance of these two opposing forces. The same goes for us with fashion. Nobody does scruffy better than a Brit and nobody does smart better, either.” “I’m a musician. That is where my heart is – that’s me as an artist. But it was never enough,” he says today. “That’s why I am a musician and an art dealer. I play jazz, I’m a guitarist and at one point I turned my back on the art world completely and did not look at a single piece for about three years – I just played guitar. Actually, it was a bit depressing just playing guitar, the world is more than that. So I went to an exhibition and I saw a piece of work, something I loved for the first time in three years. It was a Grayson Perry print – he does these incredible, huge prints. It was called ‘Print for a Politician’ and it was full of his specific brand of cutting satire – it was funny.” It also changed everything for the dealer-musician. 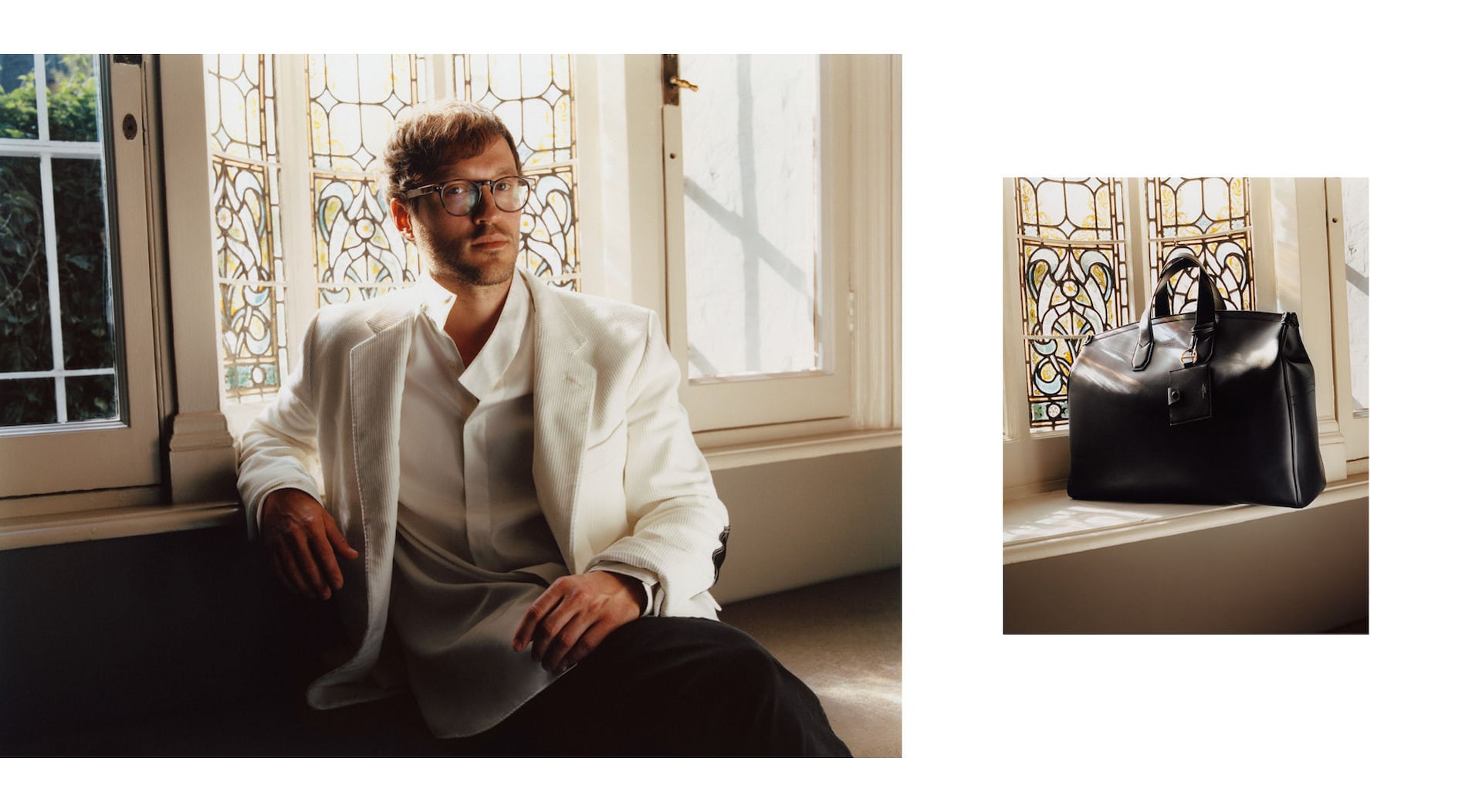 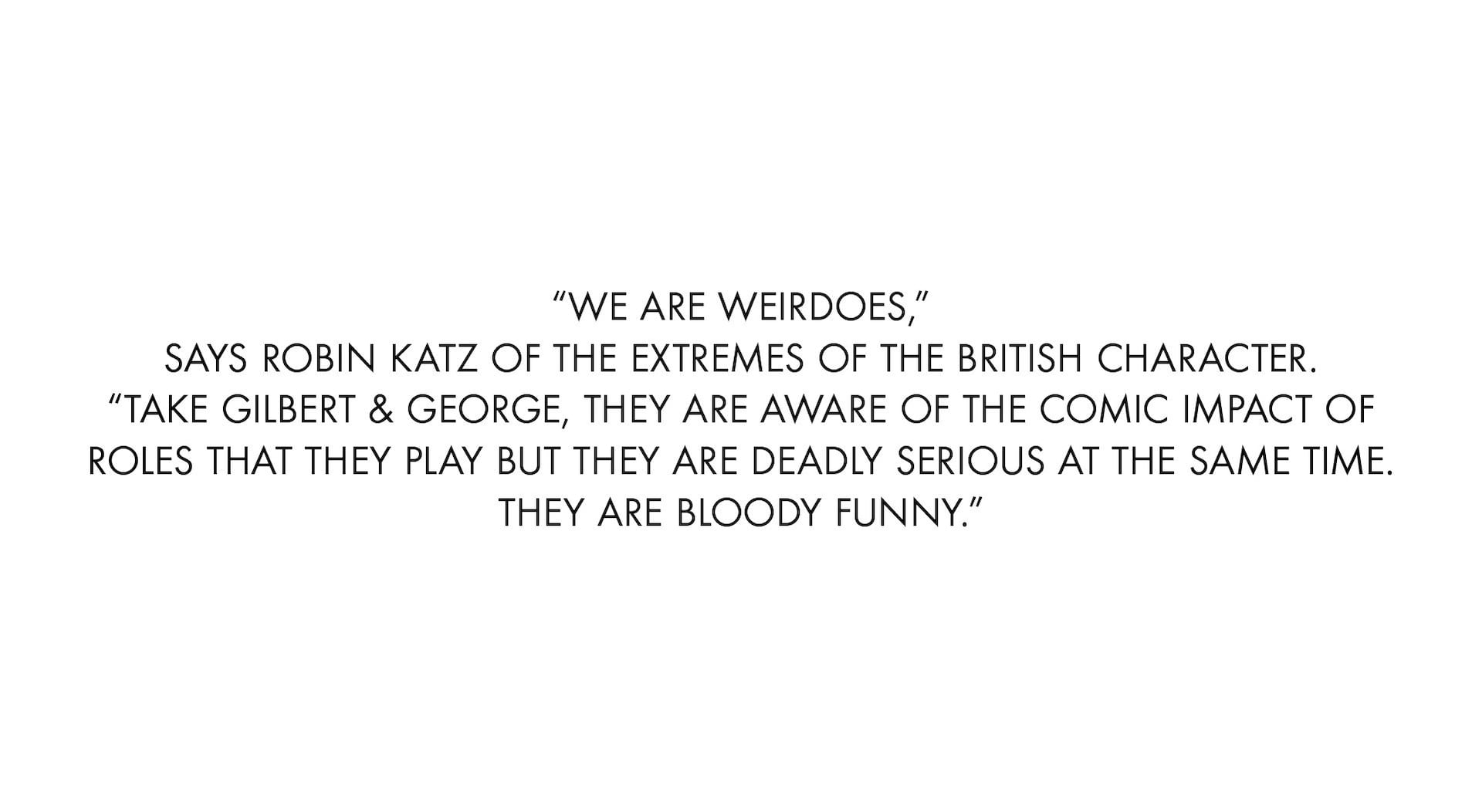 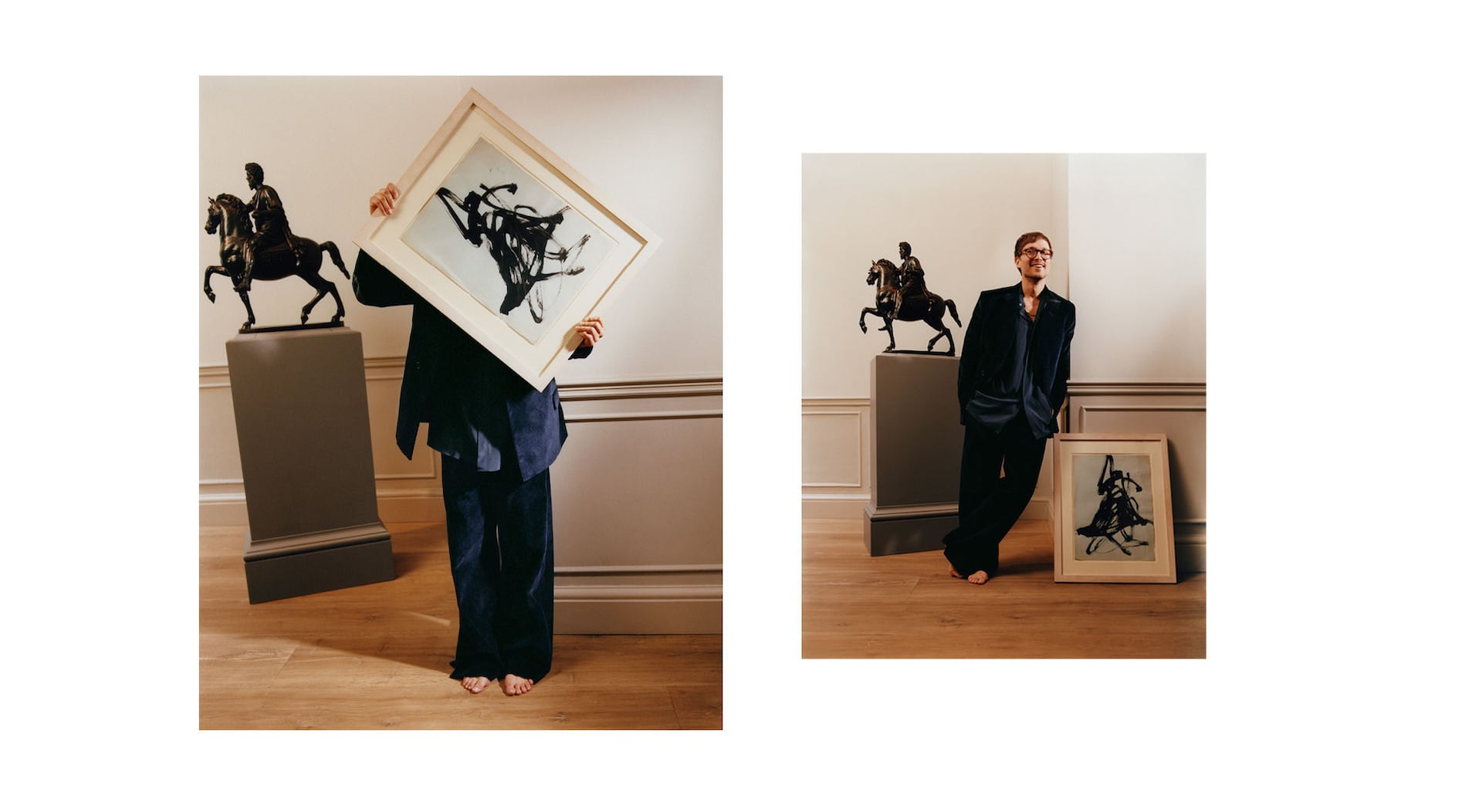 Embracing the serious and romantic as well the funny and forgotten, Katz has forged his own path, negotiating the art world and ‘resuscitating’ disregarded artists whose work still has something substantial to say. “ I think there is a very strong correlation here,” he muses. “Dunhill is an old British company going through something of a renaissance, and that is what I do with British art. There’s Henry Moore and David Hockney, but there are all of these other incredible artists that sometimes get forgotten about. They were well known when they were working, but for some reason, they get forgotten. I like to try and find those artists and introduce them again. That’s what is exciting to me.”

Eschewing the smoke and mirrors of the oh-so-hot-right-now art world with the accompanying ‘art speak’ that goes with it – “It’s what Einstein said, if you can’t explain it to a seven year old child then you don’t really understand it.” – Katz prefers the magical transformation of the marginalised with a hefty dose of humour. 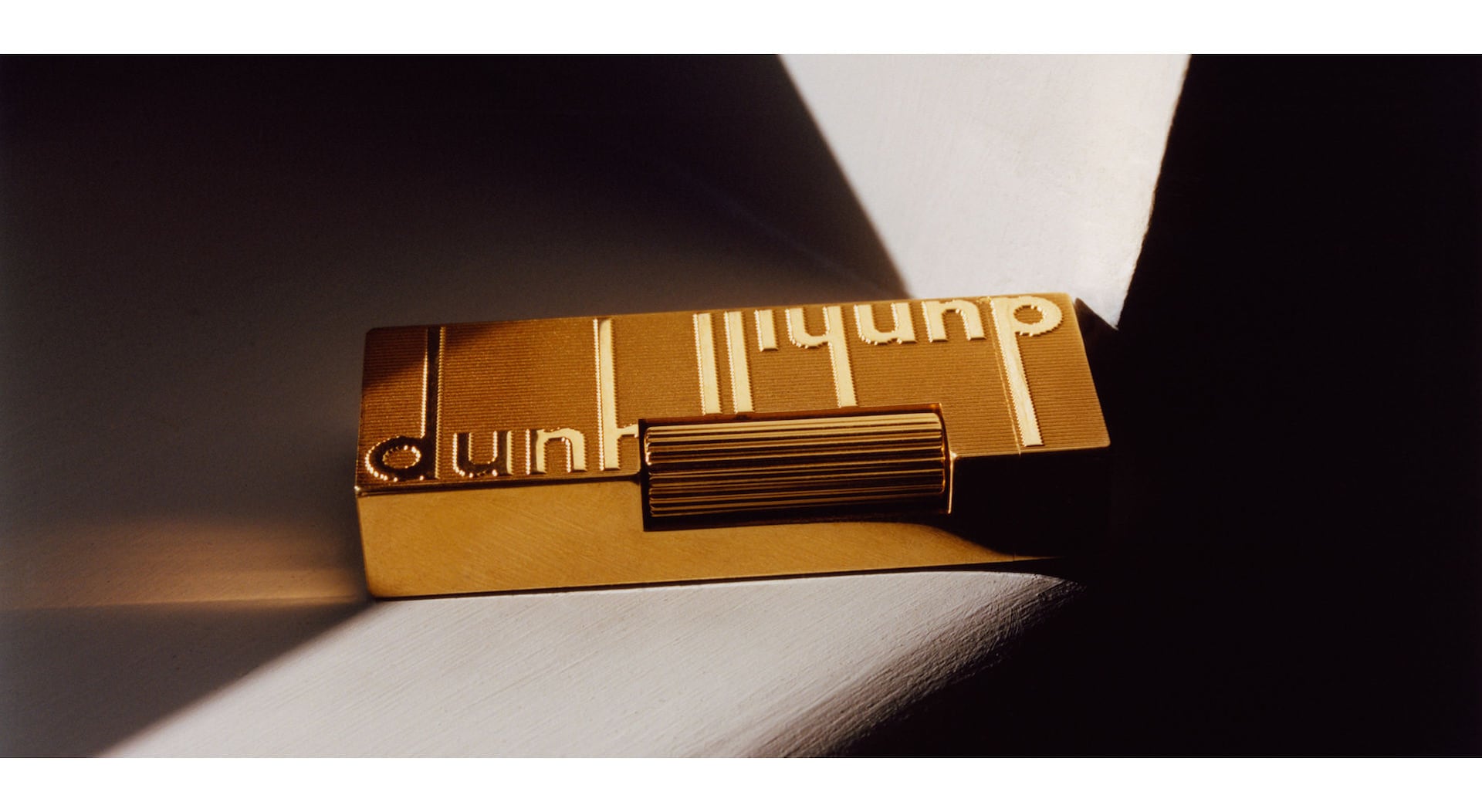 “There is a certain rebellious attitude in being British,” he explains. “You see it in our rock bands, our shabbiness – and you see it in British art. You see it from Hogarth onwards; of course it’s in Grayson Perry, you also see it in this little known artist called Bob Law who is massively undervalued and massively overlooked. David Hockney called him the worst artist who ever lived – which I just love and Bob Law took as a massive complement. He painted these huge canvasses and would just draw a line around the edge and sign each one ‘Law’ with the date – he was doing this in the sixties and seventies. He was doing two things: engaging in international Minimalism in a very serious way, being part of the Modernist dialogue, all of that. But he was also doing it with a totally throw away attitude, with a British rebellious spirit. I think we hate the idea of taking ourselves too seriously – it’s the worst crime for a Brit. You have to be self-deprecating.”

Saying that, Katz does also have the British penchant for the romantic and nostalgic: “Sometimes it’s good to go back to the serious and romantic. I love the tradition of dunhill. I am very nostalgic about the first half of the twentieth century, particularly going into the war and coming out of it. The lighters, the whole history of how dunhill would kit out a certain type of gentleman, that all feels very romantic to me.” 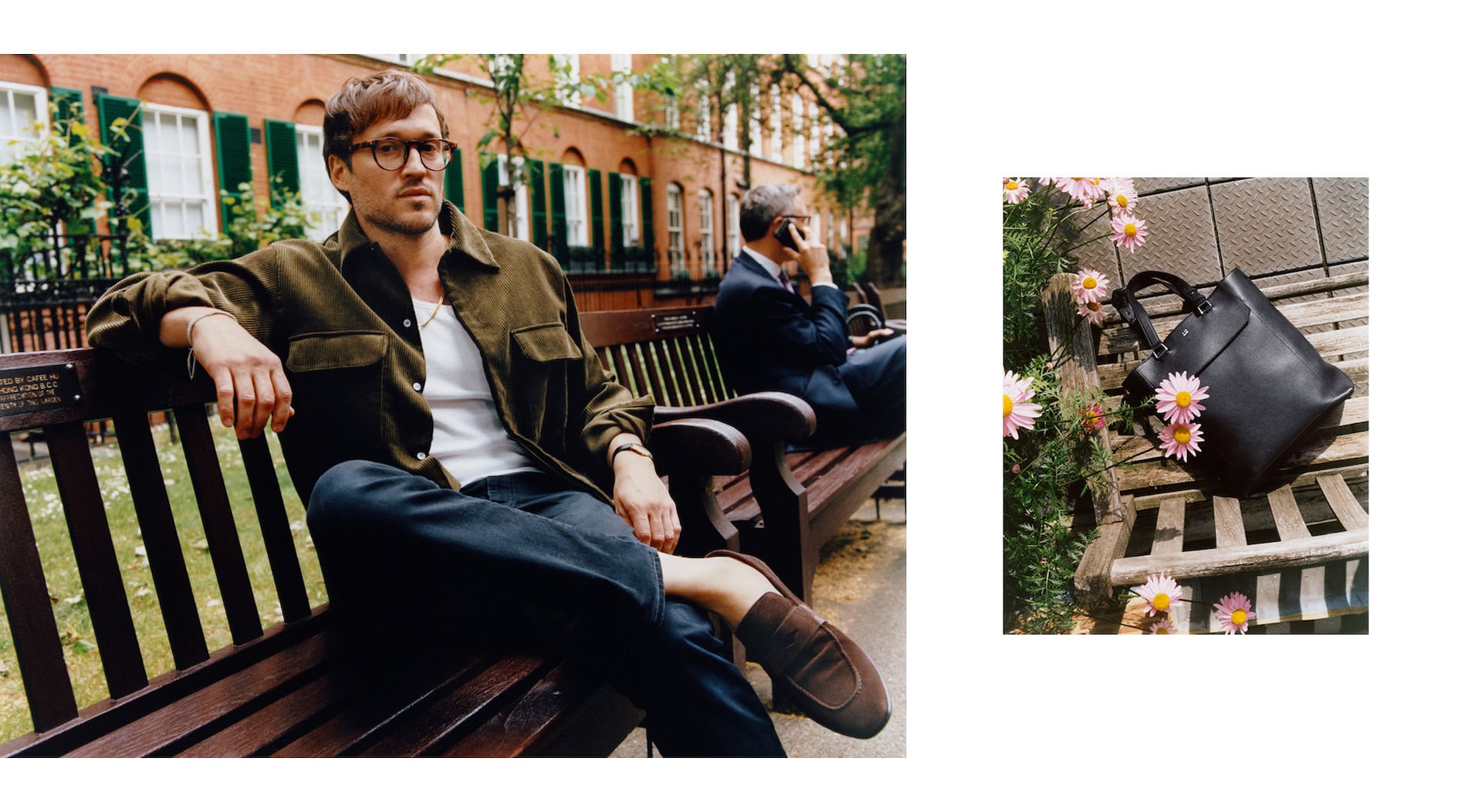 And then, of course, the opposing force comes into play again when he talks about other inspirations: ‘Only Fools and Horses’, Del Boy – now that’s an inspiration! That humour, and let’s face it, it is very dealery. I’m less Lovejoy and more Del Boy.”