From signature everyday styles to runway pieces from the dunhill Autumn Winter 2020 show in Paris, our new collection of shoes, boots and loafers redefine classic British footwear for the season ahead.

Characterised by its pronounced profile and black brushed leather finish, the Creeper Loafer was first seen on the AW20 runway in Paris. This style, new to dunhill, has its roots in 1970s British punk culture, where the exaggerated platform sole was a style mainstay for the scene; championed by bands like the Sex Pistols, Public Image Limited (PIL) and The Clash.

The name “Creeper” comes from the original inspiration behind the shoe. In the 1950s, the British Teddy Boy and rock ‘n’ roll subculture first adopted the shoe from an unlikely rubber-soled military shoe of WWII, made from a natural crepe material. The moniker itself was reinforced by a popular song of the time, The Creep by Ken Mackintosh. When the Punks of the 70s revisited the shoe, they introduced the distinctive raised sole, creating the silhouette you see today; repurposed by dunhill as a formal loafer.

A formal derby iteration of the Creeper. This style, also in black brushed leather, takes the traditional lace-up in a contemporary direction without losing the Punk sensibility that spawned it. The re-engineered sole, also seen in the loafer, is injected with a lightweight compound to enhance the comfort and durability.

Also first seen at the AW20 Paris show, the Link Loafer redefines a classic. Influenced by 1970s loafers that embraced a narrower silhouette and bold detailing, this new style for the season is crafted from brushed calf leather. The exaggerated chain link feature on each pair is hand-assembled and inspired by dunhill watch straps from the archive. 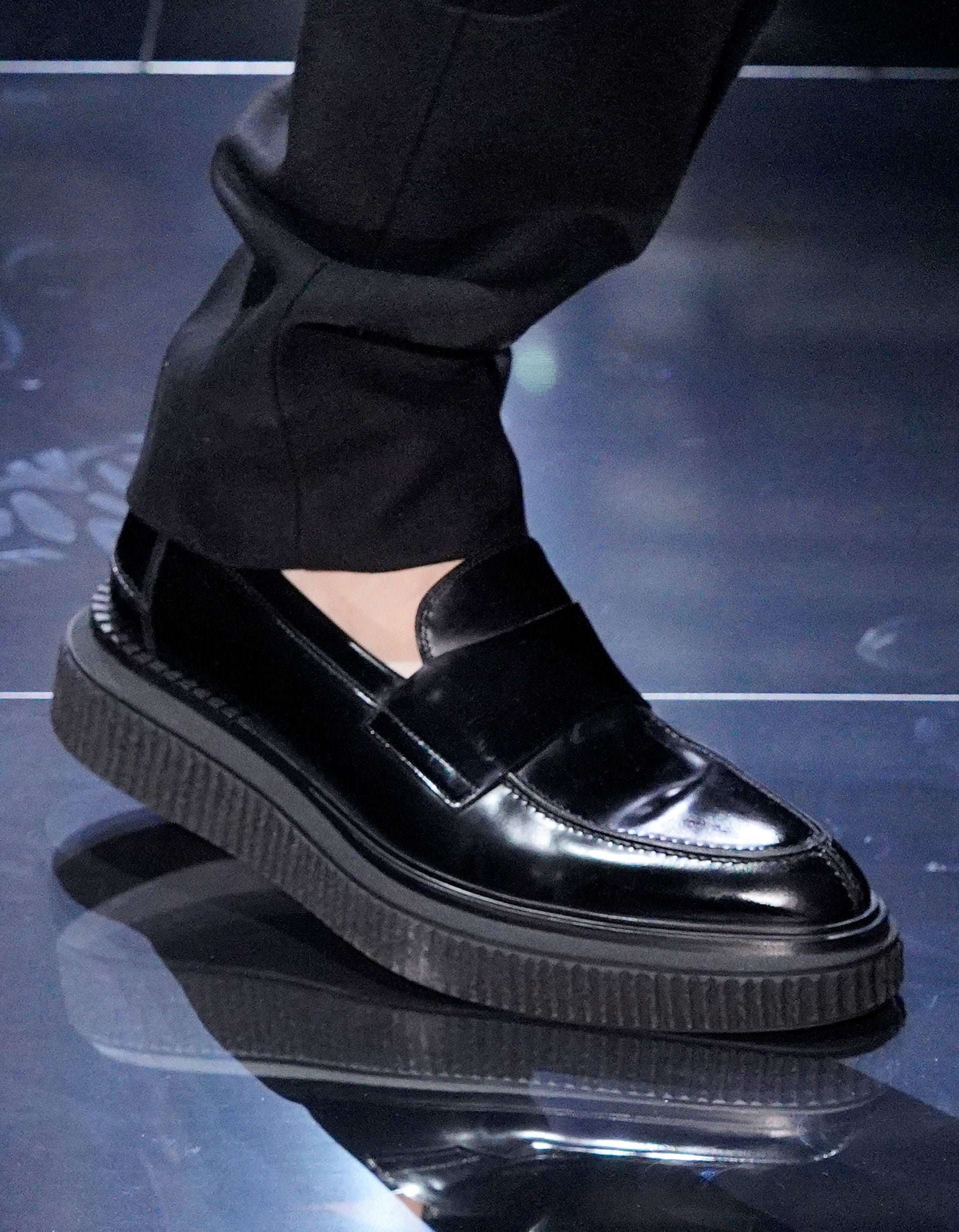 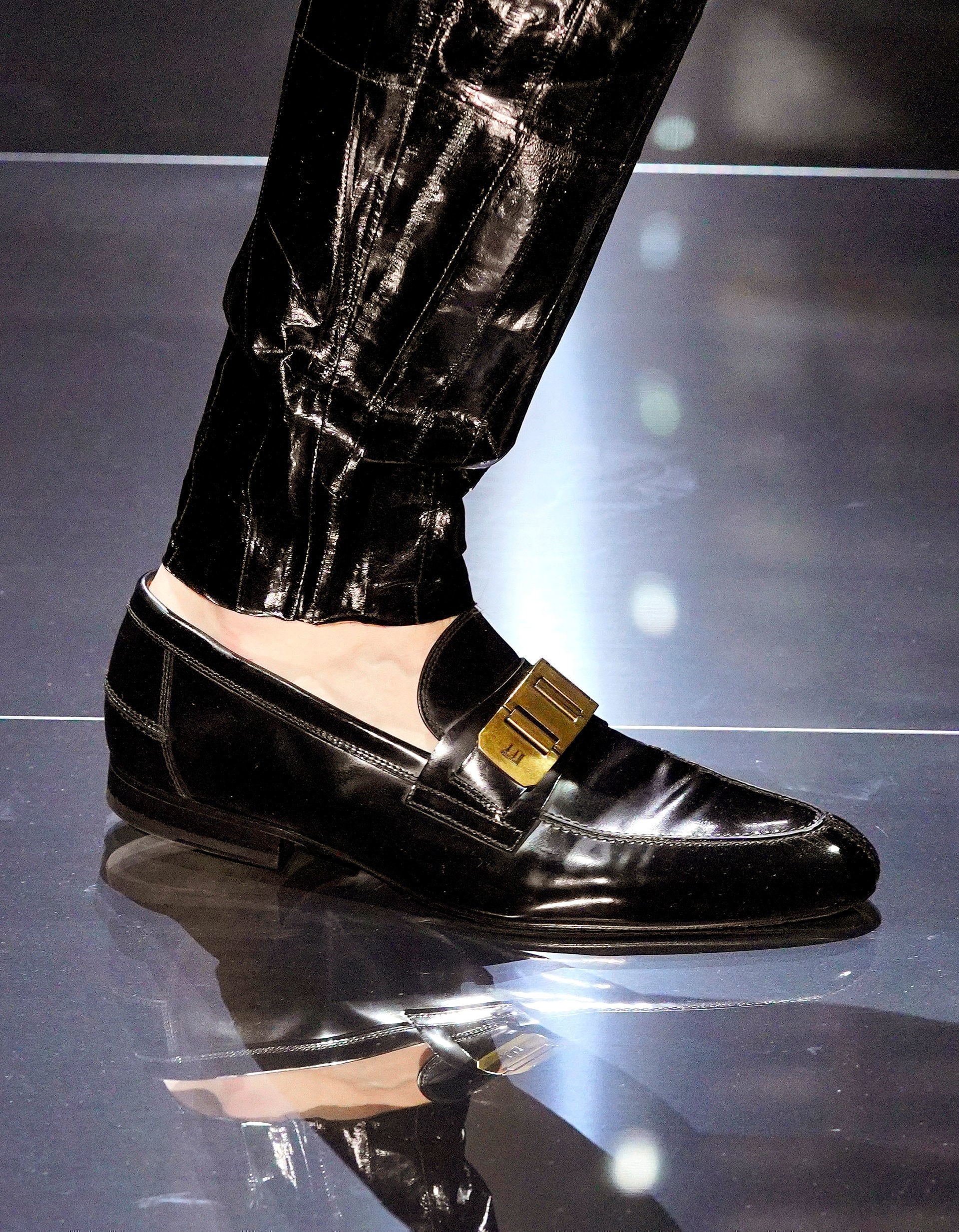 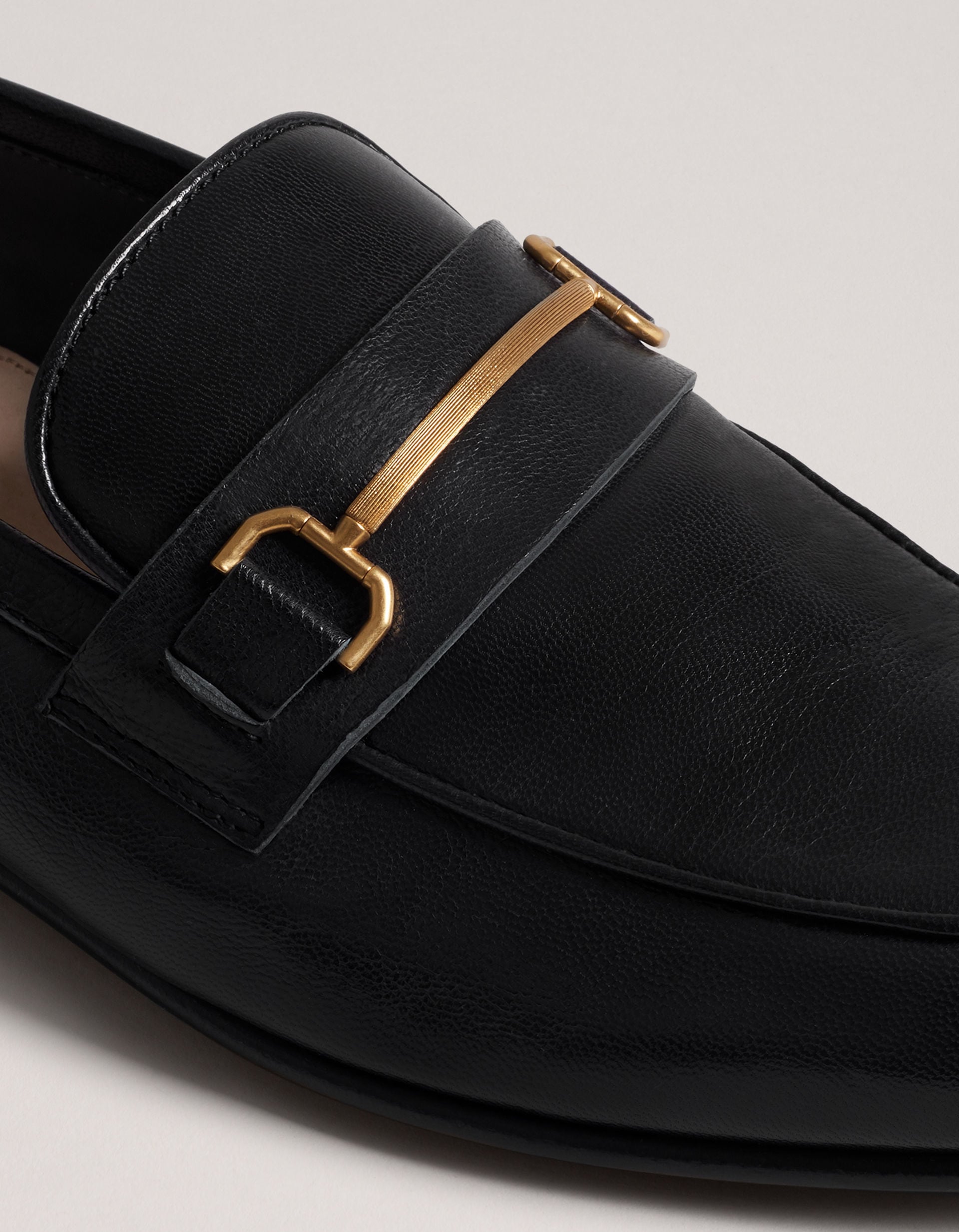